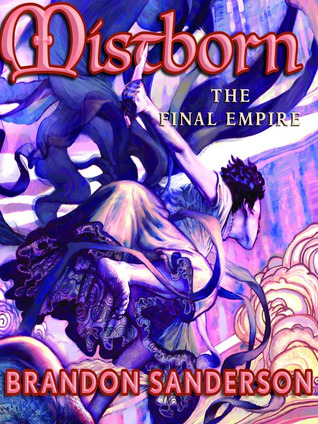 Having already read a few of Brandon Sanderson’s later works, I knew I eventually wanted to tackle his Mistborn series. While he has a consistent style that makes his world-building a bit predictable, the concise nature of his magic systems and fantastically-written fight sequences deliver time and time again. After all, if it works, why change anything? In The Final Empire, the source of the magical superpowers is a set of metals utilized by “allomancers,” much like color was for Warbreaker and the energy of storms for The Way of Kings. I’m always in awe of the complexity of his magic systems, but with such simple concepts that I wonder, “Why didn’t I think of that?”

If Tolkein’s The Lord of the Rings is the standard for high fantasy and George R.R. Martin’s Song of Ice and Fire series is the baseline for “realistic” fantasy, I can already tell that Sanderson’s Mistborn series is the definitive “entertaining” fantasy. While not as heavy in lore as The Fellowship of the Ring or as gritty in its content as A Game of Thrones, The Final Empire excels in superb plot twists, likable and relatable characters, and action-packed pacing that made me hungry for more.

Sanderson is truly master of his craft in this book. It’s no wonder why he was chosen to finish Robert Jordan’s Wheel of Time series with such strong writing as is present in The Final Empire. And while everything was wrapped up pretty well by the end of this book, I can see where the series is likely headed in the next few volumes. I’ll certainly miss certain characters going forward, and I was surprised how fast the main character progressed toward fighting the “final boss” of this world. Still, these things just make me wonder how much better the next books will be if The Final Empire has already covered such important ground.

The definitive “entertaining” fantasy book, I give The Final Empire 5.0 stars out of 5.