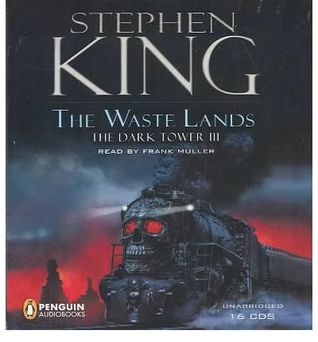 Before I got into reading the Dark Tower series, I saw the movie adaptation. It’s honestly what inspired me to get into the books. While I was a little disappointed with The Gunslinger, The Drawing of the Three showed me the series’ true potential. Moving on from my favorite book in the series, we have The Waste Lands. It’s sort of a mash-up of the two earlier books in terms of characters and plot points. However, it’s ultimately less than the sum of their parts (and that’s mostly due to the ending). What strikes me with The Waste Lands is how it could have been better than it was.

Those who have seen the movie version of The Dark Tower will recognize a lot of scenes, if not a huge chunk of them. I can see why they cut the two most interesting characters from the film, especially since everyone ends up splitting off to go on their own journeys almost as soon as everyone finally comes together. And while I did appreciate the weird “robot animals” and the riddle motif, I was ultimately frustrated that this core group of four characters didn’t have more time to show what their inter-personal dynamic would evolve into.

At the very least, the strength of the overall series and the thorough and vivid descriptions of this fantasy world were enough to overcome my misgivings about this book. It’s still well done on a technical level, even if some of its better moments are likely to be explored in future volumes. The cliffhanger ending was a bit of a bummer, though, especially since it might be a while before I can get the next book in the series from my library any time soon. I’ll still read it eventually, though, if for no other reason than to see how these characters fare in their travels.

A great book with some wasted potential, I give The Waste Lands 4.0 stars out of 5.