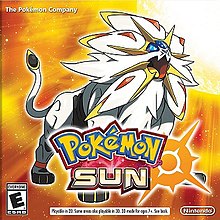 While I grew up with the original 1st Generation Pokémon games, I had lost interest in the series just after Gen. 3. This was around the time I headed off to college, so I didn’t have as much time for video games as I did while in high school. Fast forward to the 20th anniversary of Pokémon and the release of Pokémon Sun and Moon. There were plenty of legendary Pokémon being given out at the time, so I found it was as good a time as any to get back into the series.

A lot had changed since I left, and Pokémon Sun carried over plenty of these changes. I appreciated a lot of these tweaks, including the removal of HMs and unlimited-use TMs. And while adjusting the “experience share” to give experience to all the Pokémon in my team made the game a little easier, it also reduced the amount of grind that I’d need to perform to progress. Additionally, the online capability of these newer games meant that I could easily fill out my Pokédex without having to track down a friend who had all the Pokémon I was missing. I’ll also admit that the “Alola variant” of many Gen 1 Pokémon was a nice touch of modified nostalgia.

However, there were some things that I found a little lackluster or irritating. While the story was pretty good, there wasn’t much to do after I completed the game, other than to complete the Pokédex. The fact that there wasn’t some form of a National Dex for all the legendaries I had gained through gift codes was a bit disappointing, as there was no impetus for me to truly “collect them all.” And while the Z-move mechanic was a neat and flashy addition, having to sit through the animation for them each and every time I used them became tedious by the end.

An enjoyable adventure, despite a few minor weaknesses, I give Pokémon Sun 4.0 stars out of 5.