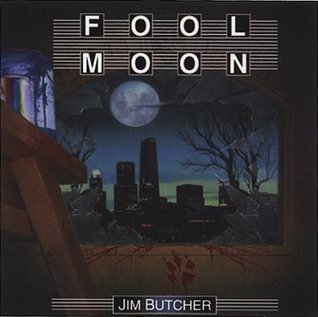 I haven’t read a lot of the urban fantasy genre, but series like Jim Butcher’s Dresden Files is what I’ve come to expect. There’s a certain amount of logic that goes into combining fantasy elements into modern settings, and—if done well—can bring a story to life. Fool Moon (a delicious play on words, if I do say so myself) continues to take the noir twist from Storm Front and applies Harry Dresden’s magical skills against werewolf foes. Perhaps Storm Front wowed me with the concept of a detective magician so much that I thought Fool Moon was slightly weaker in comparison.

For starters, I felt there were too many factions to keep track of in this book. Half the time, I was trying to remember if the werewolves in question were the good guys or the bad guys. Granted, the ambiguity of the factions’ intent helped drive the plot, but they all felt so similar that I had difficulty telling them apart from each other. I was also somewhat confused with what was happening in the climactic battle, even if it eventually made sense. Additionally, there was a scene in this book that basically forced Dresden to make some obvious connections without it having to come quite as naturally as I would have liked.

All this being said, I did appreciate how the story integrated most of the common lore surrounding werewolves. Nothing was entirely cliché, but it was comforting to be able to see how certain well-known elements of how werewolves work helped to maintain the fantasy continuity. If specific topics like werewolves were handled this well by Butcher, I cannot wait to see how other fantasy elements are seamlessly integrated into this alternate Chicago.

An excellent fusion of fantasy and modern setting with a few weaknesses, I give Fool Moon 4.0 stars out of 5.