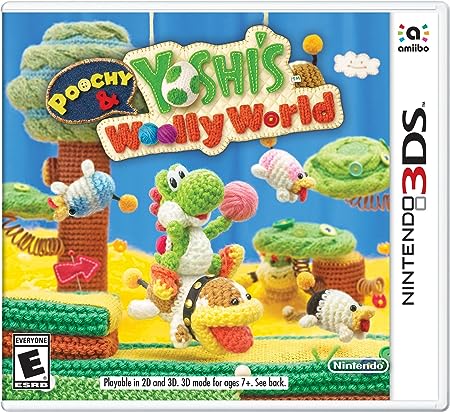 It’s weird to think that it has been 20 years since Yoshi split off into its own franchise. The sequel to Super Mario World, Yoshi’s Island established the franchise’s game mechanics and the titular character’s movements back in 1995. Since then, there haven’t been too many entries in the core series. Yoshi’s Story rehashed some of the gameplay a little over a decade after Yoshi’s Island, just like Poochy and Yoshi’s Wooly World managed to do a decade after that. Part of the problem with this is that the visuals always get an update, but nothing else changes significantly with each iteration.

Somewhat in the same universe as Kirby’s Epic Yarn, Yoshi’s Wooly World has a tactile and charming aesthetic that revolves around yarn and other fabric crafts. While Yoshi can launch balls of yarn—much in the same way that eggs were used in previous iterations of the franchise—one of the goals of this game is to collect skeins of yarn to create Yoshis of varying patterns and themes. These Yoshis don’t have any special abilities based on their looks; they just have different skins that the player can choose. I think this was a missed opportunity, as the special “skills” were instead relegated to purchasable upgrades.

The difficulty curve for Yoshi’s Wooly World is about right for a game geared toward children. In fact, the ability to play on an even easier mode will help younger gamers who haven’t quite mastered Yoshi’s unique playstyle yet. Without collecting everything it had to offer, I was able to chip away at this game over a few months, eventually beating the final boss. Since there doesn’t seem to be any benefit to collecting all the collectibles from the levels, there isn’t much of a post-game to speak of here.

The same Yoshi formula, but in a cute yarn-themed world, I give Poochy and Yoshi’s Wooly World 3.0 stars out of 5.