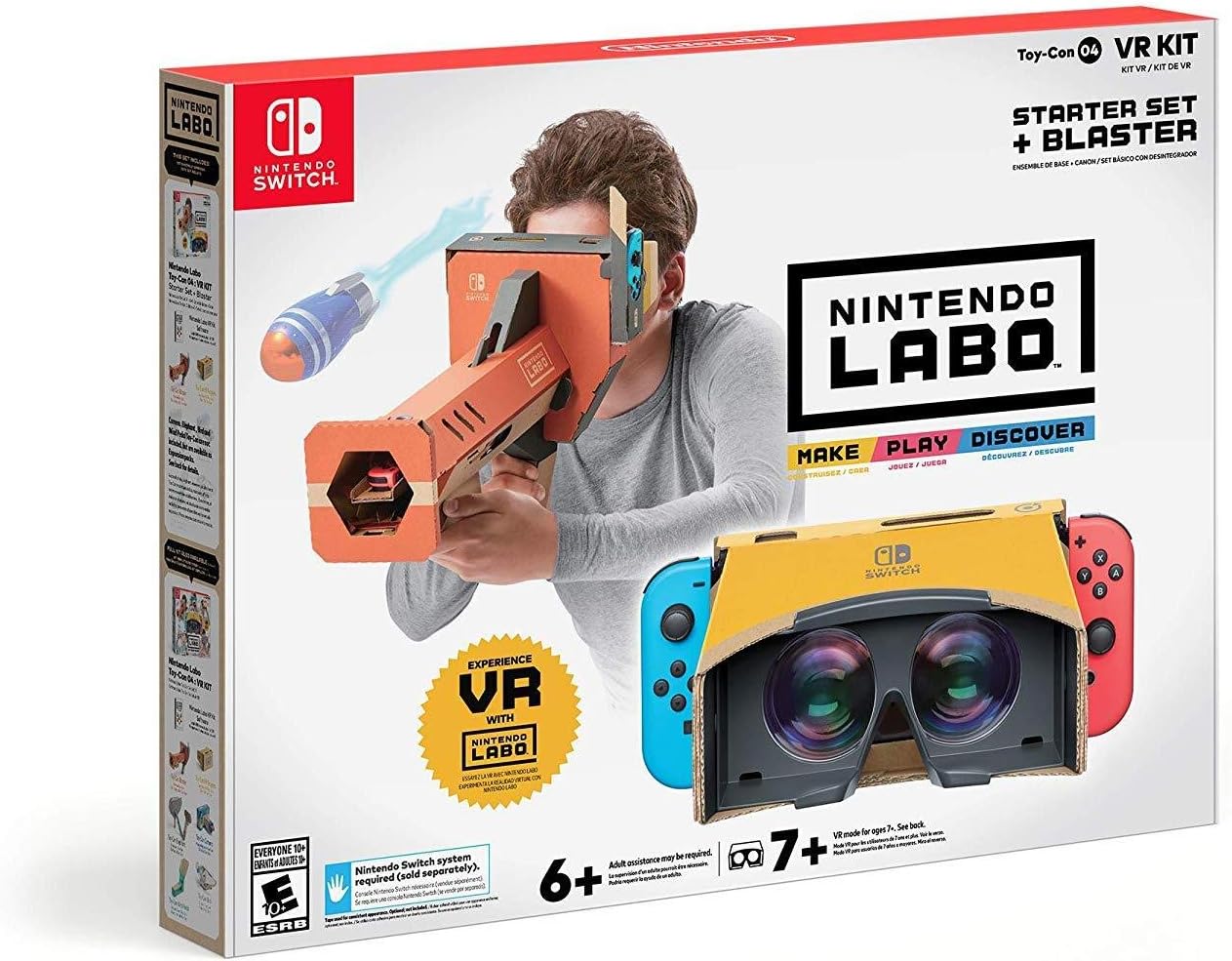 With the increasing number and availability of virtual reality (VR) headsets, I figured it was only a matter of time before Nintendo jumped in on the craze. I always felt the Switch would be ideal for VR, as it has a gyroscopic screen with detachable controllers that have an equal amount of finesse in their movements. It is then no wonder that Nintendo decided to pursue the VR space with its line of experimental cardboard toys: Labo. While I didn’t have too much interest in the previous Labo sets, the fact that the VR Labo could also be used on other games for a VR effect is what pushed me to purchase the starter set.

Putting together the cardboard for the VR goggles and blaster accessory took me a long evening to assemble. I appreciated the user interface for the instructions, as it made the whole process easy and basically idiot-proof. Of course, now I have a large cardboard blaster (and other cardboard accessories) with no simple place to store it/them. At least I don’t also need other equipment to use the VR, as the Switch and Joy-Cons are the only pieces of electronics required to enjoy the experience.

Now, it would be nice if the resolution was better (it has the “screen door” effect), and I would have appreciated a head strap so I could play games like Breath of the Wild comfortably. Granted, the Labo VR is perhaps the cheapest way to experience VR on the market (with the base Switch system and Labo Kit only setting you back less than $350 total). And while the starter set doesn’t come with the additional four kits for the full VR experience, the Blaster at least makes for a fun time with what it offers. Plus, the ability to program your own VR experiences (or download demos for free) does mean this set has (almost) endless possibilities.

The best VR experience for the lowest price, I give Nintendo Labo: VR Starter Set 3.0 stars out of 5.