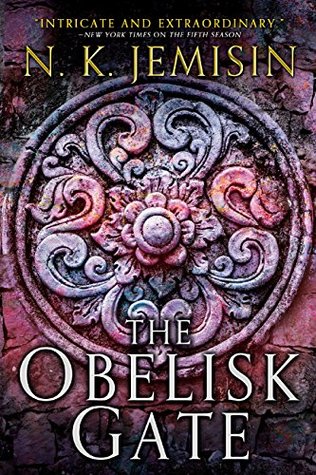 I’ll admit that reading The Fifth Season had a bit of a learning curve for the Broken Earth series. Not only did I have to learn about the vastly powerful magic system based on rocks (and other rock forms), but I had to get used to a second-person point of view (POV). Jumping between timelines with similar characters who had different names was a bit confusing, but I was able to figure it out by the end. Fast forward to the sequel, The Obelisk Gate, and most of my qualms with the first book were smoothed over or solved outright.

One of the things I enjoyed about The Obelisk Gate was the increase in the scale of the magic system. Including the moon in these calculations makes perfect sense considering the nature of the orogeny magic. I also appreciated how the story seemed to focus on a single POV, which made for a more intimate experience as we followed only one or two individuals instead of four. Now that I was used to the second-person writing style and the character it described, it didn’t bother me as much as when I read The Fifth Season.

While The Fifth Season set up the world-building for this trilogy, The Obelisk Gate’s only weakness is that it finally set up the climactic plot for the third book. Sure, there was plenty of character development and intriguing twists in the plot in The Obelisk Gate, but they all seemed to be hinting at something much more significant that wouldn’t take place in this book. I do appreciate an excellent three-act structure, so this slight weakness can be seen as merely an artifact of the second book in a trilogy. In fact, because it was more focused, I liked this book more than its predecessor. After all, it’s a strong concept with solid execution.

A focusing and foreshadowing of the Broken Earth series, I give The Obelisk Gate 4.5 stars out of 5.