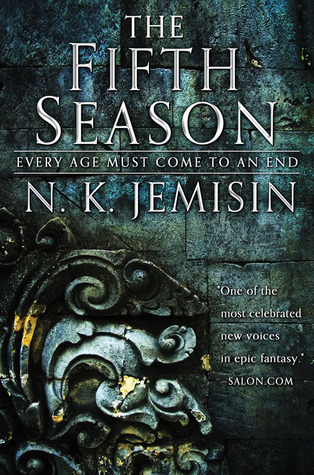 It’s been a while since I’ve read a fantasy book with such a unique magic system in place. I truly enjoyed the amount of thought that went into a world where the main source of power was that of the earth itself. From magma to solid obelisks, the ability to control the vibrations of the planet (either to amplify or dampen) had an interesting and logical follow-through in its characters and storyline. I’m honestly looking forward to eventually starting the next book in the series since the world was built so well. It’s no wonder that it ended up winning the Hugo Award for that year.

While I suppose The Fifth Season is also partly a pseudo-post-apocalypse story, it was only shown in small snippets and references here and there. Consequently, this would make this story almost “modern fantasy” in comparison to some of the classics. Additionally, this would explain some of the character elements added with little to no explanation or relevance to the plot. It sometimes seems like the sexual encounters and fluid genders of these characters are included to merely hit a checkbox of “inclusivity.” Sure, people who relate to these characters feel like they’re represented, but if these traits don’t affect the plot, then it doesn’t matter about their sexuality at all.

I also found the bold choice of second-person POV to be a bit jarring when it spliced in the more traditional third-person narrative. Initially, I thought these segments were striking in the way that it pulled me into the story. That was until I was given a name and a purpose and any number of other traits that made the “you” in the story into a character that was basically repeated throughout. I get how these different characters interacted to tell a much broader story (which is again, part of the book’s strength) I just didn’t care for the reader’s identity to be given to them via the second person POV.

A uniquely written and crafted fantasy with one or two minor flaws, I give The Fifth Season 4.0 stars out of 5.