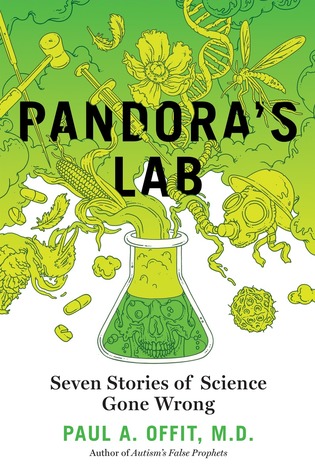 Science is an interesting realm. The public would sure like to think that all scientists are dedicated to finding the purest form of some scientific concept and modifying it to benefit society. However, some things become readily clear: not all societies are the same, and science can be abused. If anything, some of the worst scientific discoveries of the last few centuries were made with the best intentions. Unfortunately, more often than not, the full science wasn’t brought to the table, and plenty of people suffered because of it. Enter Pandora’s Lab, a selection of a few of the worst scientific discoveries and the stories behind what made them go awry.

Each of the scientific discoveries covered in this book had slightly different negative impacts on the world, but the reason why they became so notorious is almost ubiquitous. Science is no place for emotion, so finding quick fixes for something by using science can create worse problems than the ones that were initially there. Scientific rigor is also of utmost importance. Even if many of these horrific discoveries received Nobel prizes, hindsight showed skewed results from the start. Every new and fantastic technology created from scientific research should be scrutinized with a heaping of salt to ensure it can’t be abused.

On the flip side, ignoring sound scientific facts or not considering the full, worldwide implications of a discovery is just as dangerous. Ignorance is bliss, as long as the consequences don’t directly impact you. While we do have the benefit of hindsight, it’s essential to use the lessons presented in this book. We need to examine the science and technology being developed today and do our due diligence to make sure that they don’t inspire genocide or doom all of humanity to an unsustainable new way of life.

A grave lesson about the consequences of bad science, I give Pandora’s Lab 4.0 stars out of 5.