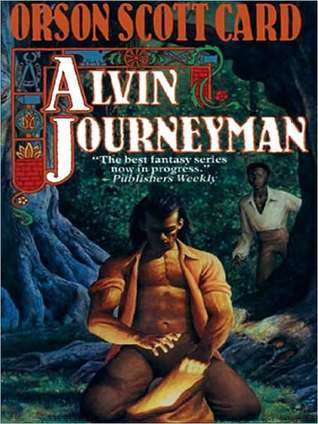 With this fourth book in the Alvin Maker series, I’m starting to see why a lot of writers like to stick to trilogies. If anything, I think most readers can probably skip this volume and move on to the next one because there wasn’t anything too new or interesting that happened in it. If anything, it was a re-hash of events in the previous book with a few new characters added to it. I will concede that Alvin Journeyman did finally develop a fitting antagonist for Alvin. Still, so few pages were dedicated to this sub-plot that I’m wondering if it should have just been pulled out and made into its own novella that would span the gap between book three and book five.

Once again, the strength of the series as a whole carries through here, and some loose character arcs are tied up before moving on to more important things. However, spending the majority of the book hashing over what astute readers (or even readers who were moderately paying attention in the last few books) already knew as truth just to confirm to the rest of the characters around Alvin that he wasn’t lying seemed like a waste of words.

If anything, using the delay in Alvin’s journey to develop Calvin’s “making” abilities did provide a bit of contrast between the two and will likely pay off when the forces of good and evil clash in future volumes. I still appreciate the way Orson Scott Card integrates actual history with a fantasy explanation, though. Despite the missed step here, I’ll continue with the series to see how it resolves. At the very least, volumes like this show me why it’s not as notable as the Ender Saga, which was a solid four book set (that’s really just three books with the third split into two parts).

A weak link in the Alvin Maker series, I give Alvin Journeyman 3.0 stars out of 5.