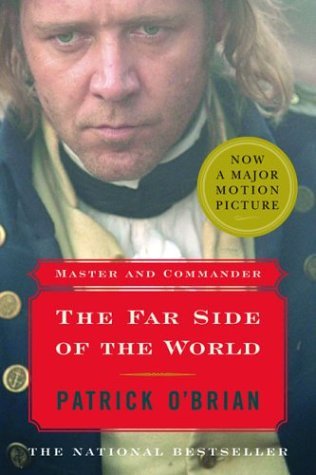 Nautical historical fiction is a rare genre for me to read. The last one I read—and that most people would be able to recognize—was Moby Dick, and that was probably 15 years ago. Needless to say, I found myself in brief possession of The Far Side of the World and decided to give it a read. Of course, this was mostly because of the movie of the same name released in 2003 that earned many Oscar nominations (only winning in two). While the plot of both is slightly different in a few key areas, I wasn’t disappointed with having read this book.

First, as a historical look into the realms of sailing and whaling at the time, The Far Side of the World does a fantastic job of informing and educating the reader without necessarily resorting to huge exposition dumps. Sure, a few moments were a little obvious that the author was trying to get information across as quickly as possible, but these were rare. Secondly, this book seemed to include an exhaustive amount of problems that you’d encounter when sailing the seas. This meant that each page of each chapter had something the crew was trying to overcome, even if this seemed like a distraction at most times.

While the main thrust and driver of the plot of The Far Side of the World was clear from the start, my one qualm with this book was its inability to transition from one thought to the next. It sure had a steady pace, like a ship cutting through calm waters. Sometimes, though, the different topics would come in a choppy way that made me double back and re-read a page to make sure I didn’t miss some crucial transition (which were rarely there). Perhaps this adds to the realism of the “things happen without expecting them” element of sailing. Far too often, I found myself trying to figure out why this minor sub-plot mattered before it changed to something else entirely.

A thorough and steady-paced nautical historical fiction, I give The Far Side of the World 3.5 stars out of 5.