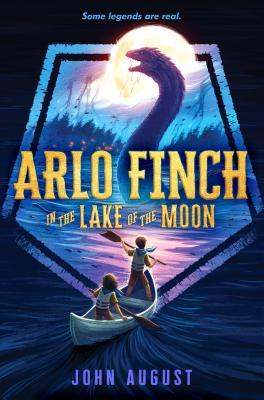 As a Boy Scout that grew up in northern Colorado, I was a little surprised to read a book like this that was able to combine the supernatural elements that would fit well in the Harry Potter universe with the pseudo-military structure and trappings of the scouting program. Of course, I’m also kicking myself for not writing these books myself first, because the two elements combine so well that the fusion is natural and fun to read. The icing on the cake was having the main character go to a summer camp with a “Redfeather Lake” and a layout that seemed suspiciously similar to the Ben Delatour Scout Ranch that I regularly visited when I was a scout.

Coming in on the second book of this series, I didn’t feel too out of the loop with what had happened in the previous entry. The events were mentioned frequently enough that I could get a sense of the plot of the first book. This was still done in a way that didn’t spend too much time in former exposition and added to the plot of this particular book. Unfortunately, I felt there might have been some explanations included in the first book that left me with unanswered questions by the end of this one. For instance, how do no adults know about these supernatural elements of the Ranger program? Surely there are pamphlets and books that they can obtain/read since their children are participating in the program. I know I’d be a suspicious parent if the Boy Scouts suddenly had an “Invisible Creatures” merit badge.

While I also felt the co-ed nature of the Rangers was approached in a utopian nature, I can understand that the realities of the hormone-fueled teenage years could have made this a more mature book not intended for the middle-grade and younger young adult crowd. Overall, though, there was plenty of mystery, excitement, and creative ideas explored that I wouldn’t mind checking out the first book in this series, let alone any subsequent entries.

A perfect blending of Boy Scouts and Harry Potter, I give Arlo Finch in the Lake of the Moon 4.0 stars out of 5.