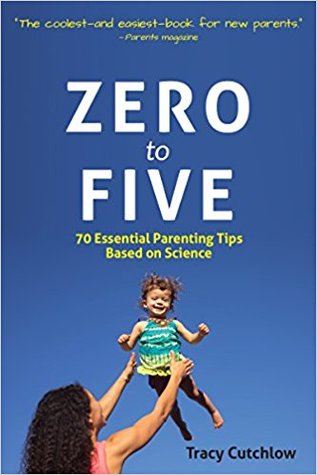 As an INTJ who is preparing to have kids, I’ve found a lot of advice that seems to be hearsay and old wives tales. As a scientist, I don’t particularly care for “tips and tricks” that are based on emotional responses or limited data sets either. Enter Zero to Five, a book that attempts to gather together the scientific research done to identify the positive and negative methodologies used to raise kids from birth to five years old. Some of the results are not what you’d expect. Of course, many of the snippets of advice contained in this book keep reiterating the same points: empathy, communication, and problem-solving.

Early on in Zero to Five, I was engaged with the format and the narrative, but as the book dragged on, the repetition of the same themes became tedious. It also felt like the references to studies and research that were prevalent in the first half were replaced by anecdotal evidence in the second. Maybe they were still there the whole time; they just weren’t as noticeable. I get that this book is a list of topics that would be used as references when needed, but I almost wish it was organized in a way that broke it into the big ideas that need to be grasped and focused on each one of them instead of continually hitting the same notes over and over again.

Despite my qualms with the format, there seems to be a plentitude of useful advice in this book, even if much of it may be difficult to employ in real life. So many of our “instinctual” parenting skills were inherited from our parents, so it can be a challenge to break free from them and try other techniques that might work much better. At the very least, I know I’ll probably want to reference this book when kids enter the picture. I’ll probably have it filled with sticky notes and dog-eared pages by the time any of my kids reach five years old.

A collection of scientific studies and anecdotes to help parents raise better kids, I give Zero to Five 4.0 stars out of 5.