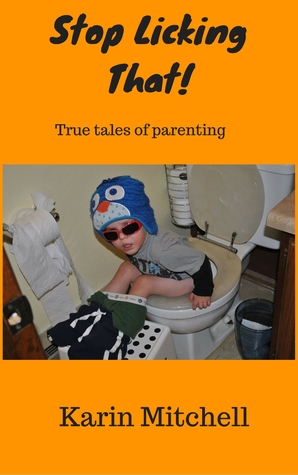 As someone who does not have kids yet, I’ve read plenty about what to expect in the transition to parenthood. Stop Licking That takes the no-nonsense approach with a slightly humorous spin to let new parents know that it’s going to be a messy process for the first couple of years. While each of the chapters covers some topic about raising kids (especially two young boys), the stories tied to these sections end up being some of the same kinds of stories you’d hear from any other parent of young boys. If anything, Stop Licking That merely confirms that we shouldn’t take parenthood too seriously.

As I received an Advanced Reader Copy for my review, I will assume that the handful of minor proofreading errors have been fixed. I also hope the gutter margins were increased, so the words don’t get lost in the crease between pages. I would have also changed the cover picture to a young child licking something they shouldn’t since the current cover almost made me look like a pervert when I was reading this book (not having kids and all that). I hope the author used a pen name, though, as the subterfuge to hide the children’s identities would be moot in the information era in which we live. Overall, though, Stop Licking That is a solid book with amusing stories and an almost Dave Barry-esque humor (read: lots of boogers).

Of course, the main problem with a book like this is that it’s all circumstantial. I know the parenting style I’m planning on eventually using will likely be drastically different from the author’s, and my children aren’t likely to be exactly like the ones she had. Furthermore, while there was plenty of humor in the book, the one chapter meant to be taken seriously brought up an interesting point: where was the discipline in the rearing of these children? I don’t consider spanking to be a severe offense (even if it was done in frustration), but if there was a corollary section on how the author and her husband usually disciplined her children, it would highlight how out-of-place the spanking incident was.

A standard set of humorous stories about raising children, I give Stop Licking That 3.5 stars out of 5.