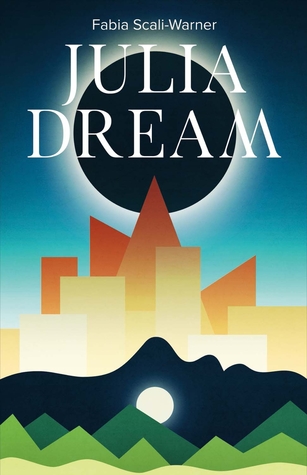 When I received a request to review Julia Dream, the author told me I might like it because I enjoyed Ender’s Game. This book is no Ender’s Game. While the eponymous character of Julia Dream is a teenager conscripted into military service, much like the titular Ender from Ender’s Game, that’s essentially where the similarities end. Ender endured persecution and harsh realities and learned to work them into a strategic advantage over an alien species. Julia seemed to be picked at random to defend an empire, then promoted with no other reason than she survived easily survivable situations.

Part of why I genuinely loved Ender’s Game was because the immersive narrative built upon itself, adding interesting characters who added to a well-rounded cast of compatriots. This is part of why I did not enjoy Julia Dream. As I read, I didn’t engage with the main character, who was robotic and stiff from the start. None of the other ancillary characters were very deep or memorable. Add to this, a plot that only skimmed over the surface or completely avoided some much more interesting topics. There were no details about this supposedly evil empire, each time action took place it was practically “off screen,” and there was little to no explanation of any of the characters’ motivations or backgrounds.

On top of it all, the occasional proofreading errors seemed to get worse toward the end, but this wasn’t nearly as noticeable or as distracting as the formatting. With no indented first lines or line breaks between paragraphs, the book almost reads like an enormous wall of text. Whatever was trying to be accomplished with the bolded sections that switched to present tense was lost, as these diversions broke the momentum of the story and seemed to serve no purpose other than to include some more “flowery” language. I’m also not sure what the cover was supposed to convey, much like I have no idea what the “Dream” aspect of the title had to do with the story contained within.

Undeveloped at its best and forgettable at its worst, I give Julia Dream 1.5 stars out of 5.