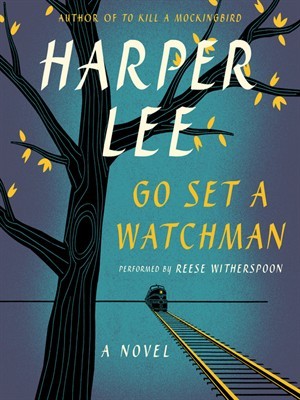 Part of the problem of releasing a sequel to a beloved book 55 years later is a lot of other books have been written in between them. Consequently, there have been successful books written with some of the exact same plot and motifs, thus making the sequel feel like a rip-off instead of the other way around. In the case of Harper Lee’s Go Set a Watchman, I found myself drawing plenty of comparisons to Kathryn Stockett’s The Help (2009).

While I felt the timeframe of Go Set a Watchman to be somewhat ambiguous, most of the similarities between it and The Help were in their heroines. Both were southern-born-and-raised women who smoked, were outsiders, and weren’t going to stand for racism. And while the main character of The Help did something about it, Jean Louise “Scout” Finch merely fell apart at the realization that everyone around her, including her closest family, was racist. Unfortunately, this makes for a pretty thin storyline, which was why defining moments from the last twenty years of Scout’s life are interspersed to fill in some of the character development. I almost wish there was a little more time given to the changes left unexplained in the 20-year interim, like what really happened to Scout’s brother.

Despite its weaknesses, Go Set a Watchman does share some similarities with its predecessor, and not just in setting and characters. While I was about ready to completely brush this book off as another version of The Help, the monologues at the end of the book really made the read worth it. Much like the courtroom arguments for a man’s innocence in To Kill a Mockingbird (1960), the soliloquies of these characters were deep and probing and really made me think about my place in a society with its current racial tensions.

An adequate extension of its predecessor, I give Go Set a Watchman 3.5 stars out of 5.