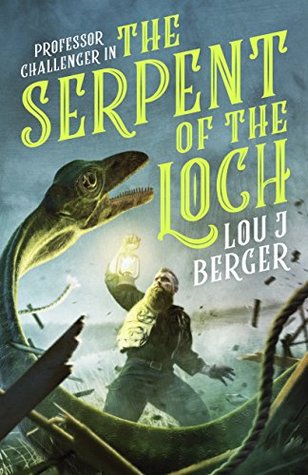 Some days, I wonder what amazing new stories we could read if more intellectual properties were allowed to enter the public domain. Even if there is a wealth of characters who might continue to have adventures long after their authors have passed away, we can enjoy some of these expanding stories with today’s public domain works. Case in point, this short story that adds to the lore of Sir Arthur Conan Doyle’s Professor Challenger character, The Serpent of the Loch. Even if you’re not familiar with the characters Doyle created, this story is well worth your time.

While I’ve only read The Lost World and was familiar with Doyle’s style via a handful of Sherlock Holmes stories, I can say that Berger has done well to replicate the former author’s style. There were plenty of moments where I had to remind myself that this was written almost a century after the original stories were published. In fact, the fusion of Professor Challenger and the nearby Loch Ness monster was such a natural combination that I was surprised Doyle hadn’t written it himself. I, for one, am glad that Berger has filled this grievous omission in the Professor’s adventures.

I also have to applaud Berger for his pacing in this story, as I was immediately enthralled and barely looked up the entire time I was reading. The one fault I will place on this story is that its conclusion is a bit predictable, if not cliché. I’ve seen similar storylines play out in plenty of other books and movies, so it’s not entirely original in how it plays out. Even so, I don’t think the story would work any other way than how it was written. In conclusion, whether you’re a diehard fan of Professor Challenger or you’ve never read a single line of Doyle’s writing, you owe it to yourself to read this short story.

A perfect addition to the legacy of Arthur Conan Doyle, I give Professor Challenger: The Serpent of the Loch 4.5 stars out of 5.