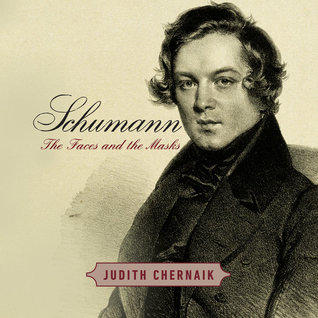 When it comes to biographies of famous artists, it can be difficult to separate their life from their life’s work. It is fascinating to understand the influences of an artist, especially when in the context of their creation. However, much of the ability to talk about the artist’s life depends on common knowledge of their artistic portfolio. For slightly more obscure artists, finding the balance between discussing their personal life and providing an explanation of their art can be a challenge. Schumann: The Faces and the Masks attempts to cover both Robert Schumann’s life and his musical pieces.

While revealing some of the more interesting secret codes in Schumann’s music in this book, the moments discussing the songs in detail seem to derail the whole narrative of the biography. Schumann’s life was fascinating enough as it was, with the drama involved in his marriage to Clara Wieck, as well as his involvement with several other famous musicians (like Mendelssohn and Brahms). Bringing in sections that basically amount to music theory might have been better suited in an appendix instead of fusing with the story as it progressed through his life.

Despite these jarring asides, Schumann’s life story is still interesting enough that I suggest anyone who is interested in Romantic composers, or even music in general, should give this book a read. The author does an excellent job of highlighting the ups and downs of this creative individual who suffered for his art almost as much as he suffered from his various conditions (an STI and a clear case of bipolar disorder). The fact that he had such a talented and devoted wife in Clara throughout his life is merely a testament to how forward their relationship was and how transformative she was on his life on the whole.

A fascinating biography with jarring bits of music theory, I give Schumann: The Faces and the Masks 3.5 stars out of 5.