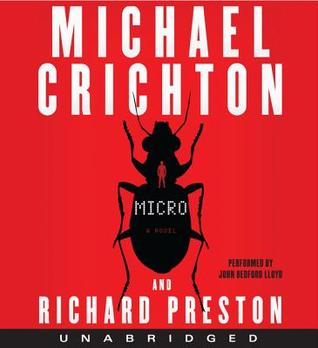 I liked Michael Crichton’s writing. And what I mean by this is that I liked Jurassic Park (and to a lesser extent, The Lost World). Recently, I’ve been delving into a few of his other works, like Timeline and Micro. I understand that authors like Crichton excel in their genre—in this case, the technological thriller—but at what point does it just become the same old song and dance? Sure, I know a different author completed Micro and released posthumously. However, it mostly just felt like another re-hash of Jurassic Park mixed with Honey, I Shrunk the Kids (1989).

To Crichton’s credit, I feel his exploration of complex scientific principles in his writing are easy to understand and mostly accurate. For Micro, each bit of information that drove the plot seemed to make sense from a scientific standpoint. This was a plus considering how often the “shrink ray” sci-fi trope is done incorrectly. Of course, most places were pretty obvious where the science was being inserted since they didn’t necessarily flow as well as the other parts of the book.

My main qualm with Micro, aside from it containing all the standard Crichton tropes (e.g., “evil corporations”), is how the characters were practically indistinguishable from each other. The fact that they all primarily came from the same scientific laboratory and were thrust into the dangerous world of the microscopic didn’t help to keep track of who died and who lived. It was almost as if the author needed a large group of faceless characters to feed into the “drama” of trying to survive and return to standard size. None of their demises stuck with me other than being particularly grotesque and cringe-worthy.

A semi-unoriginal mashup of Jurassic Park and Honey, I Shrunk the Kids, I give Micro 3.0 stars out of 5.