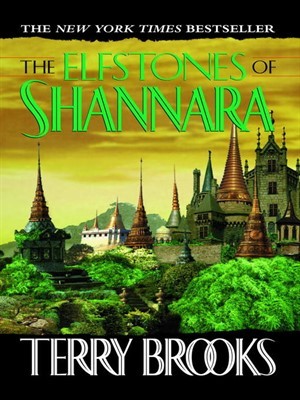 Back in 2016, I saw advertisements for a TV show adaptation of the original Shannara trilogy, likely trying to cash in on the success of Game of Thrones. While I never watched the show, I remembered enough from these trailers that I was able to recognize that the plot of the first book in the series, The Sword of Shannara, was not the plot of the series. However, when I started reading the next book in the series, The Elfstones of Shannara, suddenly memories of the TV show came to mind. Having finished this book, I can see why the TV show wanted to start here.

I didn’t particularly care for the derivative Sword of Shannara, as it seemed to steal all its ideas from The Lord of the Rings. While The Elfstones of Shannara still appears to take influence from this quintessential epic fantasy, there are enough other fantasy tropes thrown in to make it feel at least somewhat more original. Plus, the strength of the story in this book merely highlighted how unnecessary The Sword of Shannara was, as it basically threw away all the main characters from that book, relegating them to “distant grandfather” status and maintaining the only truly interesting character, the druid, for this book.

The strength of The Elfstones of Shannara comes from its main plotline that finds a boy and girl on a quest to save a magical tree that is dying, thus allowing demons to re-enter the realm. All the other side stories, like the battle/war that was happening, and all the familial and political drama that went with it, I could have done without. Mostly, these minor characters and plots didn’t seem fleshed out enough for me to care. Alternatively, the main story was exciting and had pretty good pacing for a fantasy book that sometimes spends too many words on descriptions and world-building that don’t matter.

A much superior follow-up to The Sword of Shannara, I give The Elfstones of Shannara 3.5 stars out of 5.