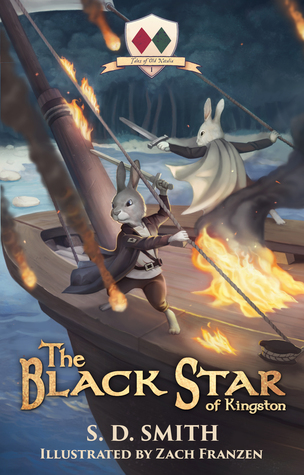 Once again, the strength of the plot and characters helped provide entertainment as I read this story. However, without a more comprehensive understanding of the lore of this series, I wasn’t quite sure where this story fits in with the rest of the canon. I knew it was a prequel because characters mentioned it in the first book, but did these events happen in tangent to the main backstory, or well before the fall of King Jupiter? If they happened before, how far back? It also would have been nice to have at least one setting feel familiar to the ones presented in The Green Ember.

I did also appreciate how this book—much like The Green Ember—used characters who were tradesmen first, and soldiers/sailors second. This was an element of realism that I feel is often missing in these kinds of fantasy stories. After all, people with a profession will have certain skills in battle or at sea that can come in handy. If anything, it helps to teach children that we shouldn’t always focus on war. If war happens, we should step up and fight, but we shouldn’t focus on professions of war as our primary purpose of being.

A pretty good side story that was mentioned in The Green Ember, I give The Black Star of Kingston 4.0 stars out of 5.