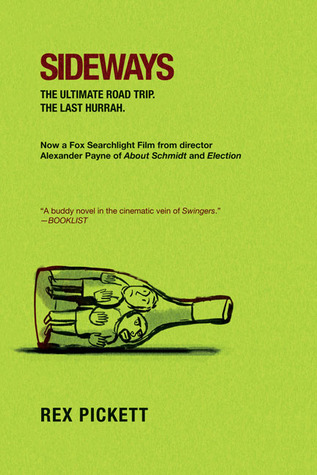 When I got into this book, the only things I knew about it were that it was about wine and it was made into a movie of the same name by Alexander Payne. Unfortunately, unlike a good wine, this book doesn’t seem to have aged well. Maybe people were able to put up with buddy comedy sex romps back in the early 2000’s, but the social climate has changed considerably since then. I doubt a book like this would be written today, at least without some outcry from people who find the women in it to be inherently objectified.

Most of my issue with this book comes down to the characters. I’ll give the author credit for creating individuals that made me react to them so vehemently. The problem is that I hated these characters. I hated Jack for being so sex-crazed that he felt obligated to satiate his urges mere days before his wedding. I hated Miles for being the stereotypical alcoholic failing author. If you wanted a template for poor life decisions, I think these two characters would fit the bill. There wasn’t much (if any) redemption in either of their story arcs, and both of them just seemed to enable their worse selves.

In the end, this book is supposed to be a comedy. At least, it’s a comedy in the sense that it ended with a wedding (as most comedic plays and musicals usually do). Sure, it’s filled with witty banter and some good stretches of natural dialogue, but there was hardly any vulnerability of the characters to give them any grounding. One moment near the end briefly pulled away to let Miles reminisce, but I would have liked some more consequences that would have forced both men to change for the better. And maybe that’s the point: real life doesn’t work that way, and I hate that there are real men out there who have these very same faults.

Terrible people in somewhat amusing situations, I give Sideways 2.5 stars out of 5.