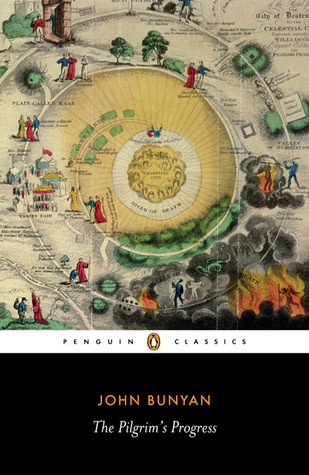 I distinctly remember my parents reading this book to me when I was a child. Decades later, I decided to re-visit it and read it for myself. I don’t know if it was an abridged version or a simplified re-telling appropriate for kids, but this was not the book I remember from my childhood. Sure, the action bits were still there, like the fight with Apollyon, the Slough of Despair, and the suicide discussion in Vanity Fair, but there was way more dialogue than what I recalled of the story. Not to mention the verbiage/wording seemed more along the lines of a King James Bible than of a fantasy setting.

Sure, I’ll concede that, for 1678, this was a groundbreaking piece of fiction, and perhaps the first piece of successful fantasy ever written, but it hasn’t aged entirely as well over the years when compared to its source material. There are undoubtedly little lessons and morals present here, but they are often buried between and among diatribes from the primary and supporting characters. Furthermore, I was only loosely aware that there was a “Part 2” to the main story of Christian’s journey. After reading the journey of Christiana and her children following in Christian’s footsteps, I can see why I never heard that part when my parents read it to me: there wasn’t much new material in it.

When I picked up this book to read for myself, I was trying to confirm that I could use it as a framework for my Slumberealm trilogy. After reading through it, I realized the apparent references to concepts, ideas, and people is more indicative of the style I used for The Fluxion Trilogy. There’s not a lot of subtlety in the character names or destinations present in The Pilgrim’s Progress. I suppose that’s part of the charm of such an allegory, though.

A groundbreaking piece of fantasy that hasn’t aged well over time, I give The Pilgrim’s Progress 2.5 stars out of 5.