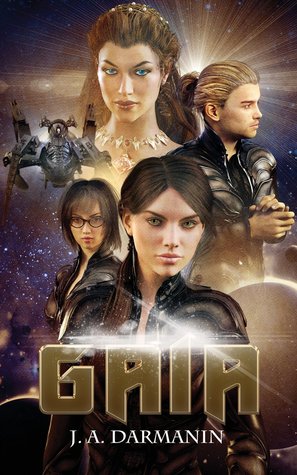 I have mixed feelings about this book. On the one hand, it’s one of those basic Young Adult stories, replete with the clichés like the “normal girl who finds out she’s super-special” and “main character is the only one who can save the world.” However, it also didn’t have the obscenity, violence, and sexuality that as seemed to permeate most YA books of late. Similarly, I found the main characters to be incredibly annoying, but then they were also written as teenage girls . . . so I guess there’s an amount of realism there.

While there are certainly polished elements to this book, including the cover and some of the formatting, there are a few amateur mistakes that reveal that this is the author’s first book. The biggest problem I had was the variety of plot holes present throughout the book. Sure, there were a few moments that came into play later, but then there were others that ended up being utterly pointless after the fact. I also felt there were probably one too many characters in the central trio, but the “third wheel” kept changing between the main character and her best friend (why was the best friend allowed to come to an alien planet, again?).

Gaia is an admirable first attempt, but some serious revision and polish could certainly make it a better book. I mean, the overplayed mind-reading cliché is an author’s cheat to get into the character’s head, but often I found it to be inconsistent in this book, if not wholly unnecessary. Plus, I don’t know many teenage girls who are obsessed with history, especially when the knowledge they convey isn’t anything past a basic understanding. At the very least, there weren’t any apparent hints of a sequel, which was nice.

An adequate first novel filled with clichés, I give Gaia 2.5 stars out of 5.