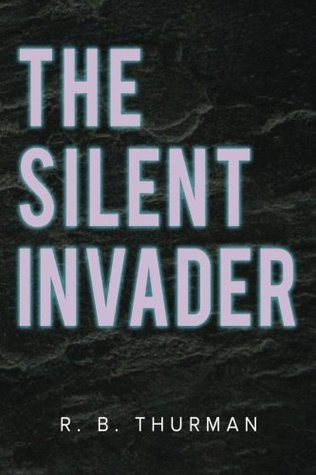 I don’t think I’ve ever read a book like this. In this case, that’s not a good thing. As a self-published author, I know how exciting it is to see my writing in print. Being able to hold a physical copy of my work in my hands feels good, but only if I know the content inside is worthy of the printed page. After struggling through The Silent Invader, I’m honestly wondering if I’m the first person, including the author, to read it all the way through (the only other rating so far is from the author, and he’s obviously biased). So much of the use of present tense, repeated word usage, passive voice sentences, and preposition-ended sentences just sound awkward and could easily be fixed if the author were to read this book out loud.

Unfortunately, the grammatical errors that plague this book aren’t the only problem with it. As the first book in the Chronicles of the Final Tyberian King series, I was expecting a fantasy book. Nope. Thinly-veiled Star Trek fanfiction. What frustrated me most about this sci-fi was how inconsistent it was. It’s obviously set in a future that has faster-than-light travel, but people still use point-and-shoot cameras and laptops. Even the faster-than-light travel was never adequately explained. Sometimes the journey is said to take up to 36 hours, but then the crew is immediately there. Everyone seems to speak English, and alien races name their children “Richard” and “Rebecca.” So much of this universe doesn’t make sense, mostly because the details added are either unnecessary or inconsistent. Speaking of inconsistencies, don’t even get me started on how out-of-character the main character’s wife was about half-way through the book. She wasn’t the only one to be out-of-character, either.

In the end, this book was an adequate first draft, but it seriously needs an editor. Practically all the characters are dull and uninteresting, if not outright annoying. Huge exposition dumps run rampantly throughout the fourth-wall breaking “Captain’s Logs.” These moments with the audience should not be so informal (they should be considered part of the official record). None of the actions of the characters or how they got into their predicaments make sense, and the whole plot is bloated to the point where half of it could be cut, and it would still probably make sense. Even the main character identifies how many clichés and idioms are in this book, even if he didn’t catch them all. I would strongly urge the author of this book to pull back, remove this book from publication, and sit down with a good editor. As it is right now, it’s not ready to be published.

A rough draft that accidentally got published, I give The Silent Invader 0.5 stars out of 5.