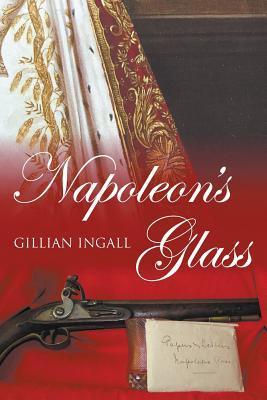 While I received this book from the same publisher as Cale Dixon and the Moguk Murders and The Women of Cho: Heart and Seoul, I wasn’t expecting anything good. However, I can attest that the author’s note at the beginning about how many people helped her edit this piece of historical fiction merely shows that the book could have just as easily been self-published. Sure, there are still a smattering of proofreading errors, and the punctuation seemed to be consistently lacking or against the American style I’m used to (It should be double quotes for all dialogue, in my opinion), but the story itself is quite solid.

Put in the framework of a series of letters from a French noblewoman, Napoleon’s Glass puts a personal spin on the events of the downfall of Napoleon’s empire at the hands of the Russians, as well as other European turmoil that happened afterward. Despite some episodes being distinctly pulled from history, it was a challenge to discern if some of the plot points were truly a part of the main character’s diary or were inserted via the creative liberty of the author. Either way, the framing device of including her letters did add to the believability of the story.

Even with a well-written and captivating plot that intertwined characters and events, some aspects of this book made me pause and wonder about their accuracy. About half of the men included in the story were stereotypically terrible, essentially using (and abusing) the women around them. On the flip side, the main character was certainly more modern in her sensibilities and independence, which I’m not sure would have been prevalent in the historical period of this book. Finally, after a two-second Google search, I’m surprised more characters in the book didn’t comment on the main character’s “amber” eyes, since it’s an incredibly rare trait. Heck, she could have found her father a lot faster considering he had the same eyes as well.

A well-developed story set in a historical context, I give Napoleon’s Glass 4.0 stars out of 5.