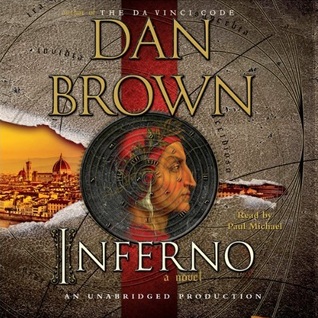 In this, the fourth installment of the Robert Langdon series, Dan Brown has continued to successfully marry science to art, albeit with the same tropes and trappings that occur in the book’s predecessors. With Inferno, we get the same race across Europe explored in Angels & Demons and The Da Vinci Code, with the ambiguity of the antagonist’s motives that fueled The Lost Symbol. All throughout this adventure, the now-standard “female who is an expert in her field” accompanies Langdon as he tries to unravel the mystery and save the world. Langdon continues to be part Indiana Jones and part James Bond, that’s for sure.

Utilizing the standard “temporary amnesia” plot device, Brown refines his style while also increasing the stakes. While previous books in the series had potential impacts on the local and national levels, Inferno takes the antagonist’s plan to a global scale. With the main character as talented with memory as Robert Langdon is, taking away his recent memories was a good way to have him re-learn the situation at the same time the audience does. This also allows for some entertaining twists and turns as characters’ motives are revealed, often taking the plot in a quick 180° turn.

While much of the historical plot of Inferno focuses on the titular work by Dante, the scientific side of the story is incredibly relevant. Previous Brown books like Angels & Demons or The Lost Symbol certainly had some interesting scientific intertwining, but Inferno examines one of the most pressing issues within the scientific community right now. This issue, much like global climate change, has no easy answer, and Brown’s solution through the book’s antagonist is certainly a terrifying answer, even if it is probably the most humane way to go about implementing it.

The best book in the Robert Langdon series to date, I give Inferno 4.0 stars out of 5.