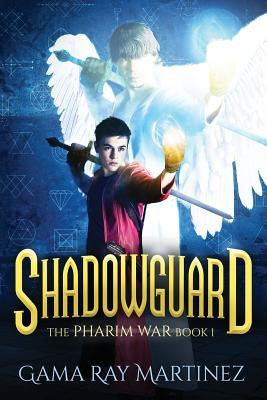 I picked this book up for free on my Kindle recently, probably due to some promotion to heighten awareness of the latest book in the Pharim War series. As the first book in this series, Shadowguard doesn’t waste any time getting down into the action of the story. Somewhat light on exposition and description, the world created here is still vibrant and fascinating, regardless. The story’s characters and setting immediately immersed me in the world, and that’s not even mentioning the interesting magic system Gama Ray Martinez has created. It fell in line with the fantasy genre without being too derivative of it.

Some may say a series of books about a magical boy learning magic at an illustrious school sounds a lot like the Harry Potter series. The fact that the Pharim War series has a fantasy world setting, and isn’t just a hidden part of our real world, makes it distinctly different from J.K. Rowling’s wizards. Despite having only seen the Harry Potter movies, I almost prefer the “wizardry school” in the Pharim War series since it’s on a friggin’ volcano! The magic system does make a lot of sense in this book and even has it categorized into a set of different abilities.

Aside from the occasional proofreading error (about once a chapter), my only qualm was that the book was almost too concise. Knowing this was the first book in the series almost made me wonder if the main antagonist would be dealt with in this book or not. Granted, with a reasonably conclusive character arc, Shadowguard does not have an annoying, cliffhanger ending, but still has potential to explore the characters in the next installment. In fact, this book was so good I am heavily contemplating buying the rest of the series . . . especially since I now know it’s been completed and I won’t have to wait for future books to be released.

An incredible, action-packed YA fantasy, I give Shadowguard 4.5 stars out of 5.