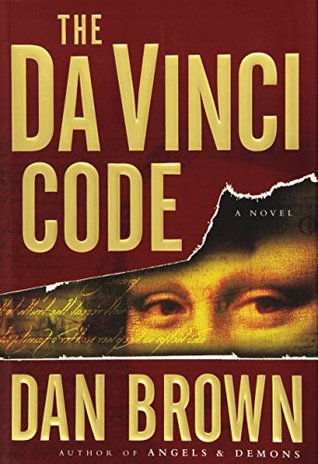 What a difference three years makes! Even though it contains all the same tropes and motifs that Angels and Demons did, The Da Vinci Code eliminates the fluff and focuses on the strengths of these individual pieces to create an enthralling adventure through Christian history. I will admit that I first read this book because I was curious about the controversy that surrounded it. While Dan Brown is a fantastic storyteller, and many of his connections and links to Christianity made sense, I still maintain that, at its core, The Da Vinci Code is just well-written fiction.

This time around, Robert Langdon is much better suited for the task of finding the “Holy Grail” instead of being a glorified Roman tour guide. His expertise in symbology certainly helped to drive the plot forward, even if it sometimes was in a misleading direction for the sake of a twist. I did appreciate how, even if a clue didn’t immediately come into play, it became useful later to help round out the plot. It wasn’t just a series of “find me a rock” exercises but had a parallel set of intersecting strings and subplots that drove the story forward to its exciting conclusion.

And while the female protagonist was much more developed than the one in Angels and Demons, the villains also had more depth to them as well. Instead of a few individuals using the name of a huge organization like the Illuminati to create the conflict, a singular man with a singular goal helped to create the “chase” that propelled Robert Langdon across Christendom to find the Holy Grail. While both The Da Vinci Code and Angels and Demons share almost identical plot structures, the former shows that the execution of such a story is precisely what makes one a great read and the other an exercise in eye-rolling.

An exciting treasure hunt filled with fictional historical connections, I give The Da Vinci Code 4.0 stars out of 5.