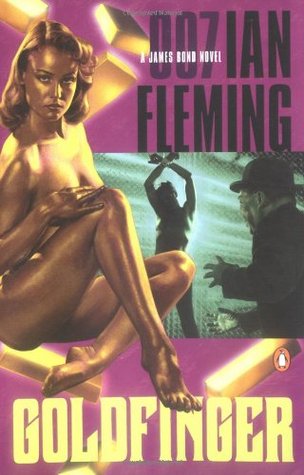 For many years, I was aware that the James Bond series of books did not follow the same order as their respective films. Given the action/adventure spy thriller genre these books were written in, it is possible to mix them around and still have a good understanding of what’s going on, even if some of the references made within the novels could only be understood by having read the previous books in the series. In some respects, it is disappointing that the film franchise didn’t capitalize on a continuous narrative that the books provided.

If the stories are out of order, then it ‘s hard to build up the constant battle between James Bond and the Soviet spy agency, SMERSH. Fortunately, since I had read a few of the first books in the James Bond series, I could appreciate Auric Goldfinger’s connection to the organization. That being said, I seemed to have jumped ahead a bit and missed what happened on the Moonraker mission, even if I have a loose idea/remembrance of what happened from its film version. Regardless, these minor references didn’t affect the plot of Goldfinger that much.

What I do find interesting with this book is the differences between it and the movie. There’s no laser threatening to cut Bond in half, there are more characters involved in the heist, and the actual heist itself has a slightly different objective. It is weird reading about the technology Bond uses and its references to “vacuum tubes” when the film makes all his tech seem futuristic. I do find it interesting how the author won’t outright swear (replacing the choice word with a “blank”) but includes two lesbian characters and a plethora of other, sexual inferences.

A fantastic story in the James Bond franchise, I give Goldfinger 4.0 stars out of 5.