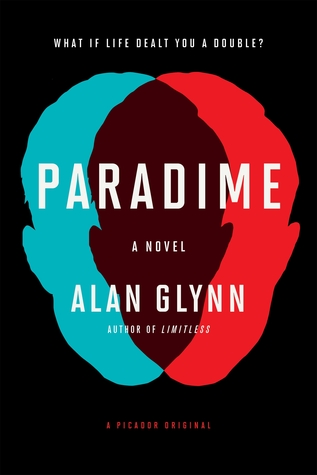 The first time I was introduced to Alan Glynn’s writing was through the film, Limitless (2011), which itself was based off his first novel, The Dark Fields. While I enjoyed the film for its visuals, what really struck me as interesting was the storytelling and characters Glynn created. Now fifteen years after his first standalone novel, Paradime continues to show Glynn’s talent in creating engaging plots and characters. Since I really enjoyed this book, I will do my best to review it without spoiling it for anyone.

At its most simple level, Paradime is a modernized retelling of Mark Twain’s The Prince and the Pauper, or at least half of it anyway. Told from the perspective of an out-of-work and out-of-luck cook, Danny Lynch, the pacing of each of the three acts is steady and intense. Even if some of Danny’s vocabulary seems a little advanced at times, he is the perfect “everyman” to convey his peculiar circumstances to the reader. Those familiar with Limitless will probably see many parallels between the two stories, with the main exception being how the story ends for Danny.

Glynn’s writing style is very natural and easy to read in this modern thriller. Each chapter left me wanting to read more and I found myself having difficulty stopping because the pull of the plot was so intense. I also appreciated the ability of Glynn to tie things up in an almost unexpectedly expected way so that no detail in this book was left unused. While this may have been the first time I’ve read anything by Alan Glynn, I am now certainly a fan and will have to go back and pick up his other books to read.

A fast-paced and thrilling read, I give Paradime 5.0 stars out of 5.