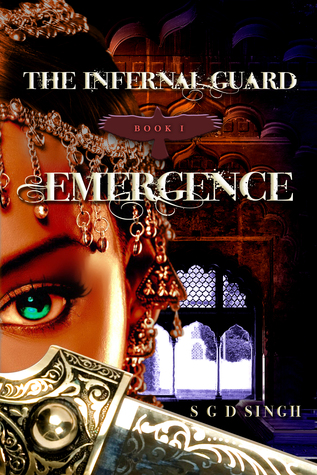 ***THIS BOOK WAS RECEIVED FROM A GOODREADS GIVEAWAY***
When I signed up for the giveaway for this book, the cover and title made it sound interesting. Now that I’ve had a chance to read it, I’ll say that it holds a “first” for me. That is, it was the first book I was unable to finish. I just couldn’t get through it. Maybe it’s because I’m not a huge fan of the “Young Adult” genre, but it’s likely due to a lot of nagging issues I found with it. Consequently, I will not give this book a star rating because it would be unfair due to my inability to read it in its entirety.

Aside from the regular, and distracting proofreading and formatting errors, I found the entire story to be quite unbelievable. Sure, the context for these teenagers being so smart and skilled was there, but it was merely an excuse to write teenagers who were essentially just adults. I will also add to this that, if there’s a checklist for everything that could be considered “Young Adult”, then this book checked every single box. I’d probably describe it as an Indian version of Harry Potter, with Hunger Games weapons, and Twilight monsters. Maybe a story like this would appeal to someone, but it certainly didn’t appeal to me.

Of course, I suffered through quite a bit of this book to see if it ever got any better. I only made it half-way through, and I could honestly say that nothing really happened in that span of time. There were plenty of (quite large) sections that could have been cut out completely and the main idea of the story would have remained. The fact that the antagonist wasn’t really introduced at all until nearly half-way through made me constantly wonder “what’s the point of this story, anyway?” I also found the constant references to “herbal remedies and drinks” was more obnoxious and annoying than it was informative. I also might have gotten more out of this book if I understood Indian culture better, but as it is, I felt like this book was trying to explain this culture at every single turn. If it’s any indication of its ability to teach me about this culture, I know no more now than when I started reading.

A book that could have stood another few passes from an editor, I cannot give Emergence: The Infernal Guard – Book 1 a rating.