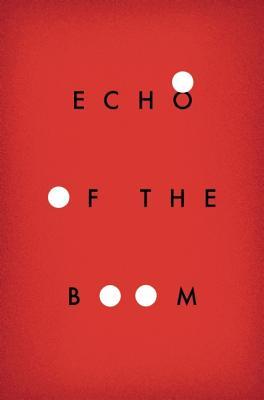 From the title of this book, I would have expected it to be about the aftermath of an apocalypse-inducing event. If anything Echo of the Boom is a misnomer and the book should be titled Prelude of the Boom. The cover also doesn’t give much into what it’s about, other than the four different points of view which are followed throughout the narrative.

While I did eventually like the book, it took too long to get there (some of the occasional typos didn’t help me get into it either). With the characters’ motivations unclear from the start, it becomes obvious about 150 pages in that nothing is really going to happen in this book. Instead of having any driving force propelling the characters forward, it’s more accurate to describe this book as a nearly 500 page rap battle. Each character has their own track, living their lives the way many teenagers today might (which in itself is a scary thought), but occasionally the tracks mix together albeit briefly and with little perturbation to the individual characters. At least the words the author uses are artistic and articulate, making it fun to read.

Honestly, the very last sentences of this book made me want to read what happens next much more than what had already been written, since it sounded like it was going to be much more interesting than the origin stories of these characters. If the author’s opinions and worldviews weren’t so blatantly obvious through this book, it might have been interesting as a “slice of life” novel, but at least he has something to say (even if it’s regularly redundant). If anything, this book should give parents the motivation to be more actively involved in their teenagers’ lives, lest they end up with the motivation to destroy all systems of authority if for no other reason than pure anarchy.

A rewarding read that takes some getting used to; I give Echo of the Boom 4.0 stars out of 5.