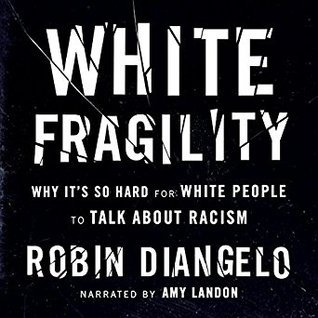 With race relations as challenging as they currently are in the United States, a book like White Fragility is required reading for both opponents and allies of racial unity. Racism is a huge problem, and it’s difficult to tackle something this large without first understanding the foundation on which it was built. It can be easy to simply address the problem’s symptoms instead of digging out the root and identifying where many secondary and tertiary issues originate. As a straight white male, I was first hesitant to read such a book, but now I think it should be required for all of us straight white males.

The only qualm I have with this book is that it almost exclusively addresses the racism toward the black community. While I understand this is the most volatile and pressing facet of racism right now, I would have appreciated a chapter about applying the tools presented in this book in other interactions with people of color or indigenous peoples. Depending on how open you are to changing your view of this nation’s racial status, you may find this book hard to swallow. I know it has helped me face the racist blind spot brought to my attention earlier this year and take steps to address it in my life actively.

Perhaps the biggest eye-opener in this book was how invasive racism is in the system that makes it possible. Sure, there are racist people, but they aren’t nearly as harmful as the system that supports them and oppresses BIPOC. It was also useful to see how the “allies” aren’t helping by being overly emotional or saying that they “don’t see color.” While these allies might think they are empathetic, they are actually making the system worse by making themselves the center of attention, as they have been taught to do in a white male-run society.

A challenging but eye-opening book and required reading for all white people, I give White Fragility 4.0 stars out of 5.