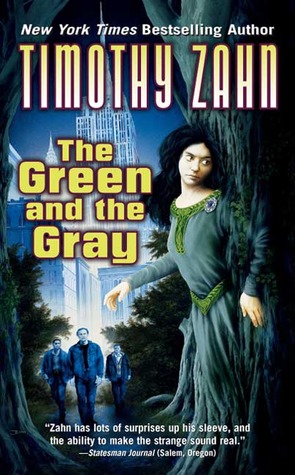 I’ll admit that The Green and the Gray is an interesting concept. Two factions of humanoids living in secret in New York, holding on to a tenuous peace because a war would devastate their respective families. Baking this into a bit of urban fantasy was interesting for a while (the action helped). However, there’s so much filler in this book that makes me wonder if authors who write in this genre are required to hit a specific word or page count to even be published. Perhaps I’m just used to snappier action and less retreading of facts that the reader knows, but the characters don’t.

There’s certainly a lot of mystery that needs to be solved and a lot of world-building that needs to happen for The Green and the Gray to make sense. As with any standard story of this type, certain aspects of the strange events and people fuel the first part of the intrigue. That is until some of the connections and revelations become obvious before their reveals to the characters. Sure, the fantasy elements eventually have logical explanations, but sometimes just having a suspension of disbelief is enough without having to go into all the details of everything.

What strikes me the most with The Green and the Gray is how textbook and cliché the plot plays out. Of course, judging by the cover and the title, this book was probably meant to be more on the “pulp” side and not to be taken as seriously as other high fantasy books. Considering how it’s just another Romeo and Juliet (albeit very loosely related to the Shakespearean source material), I’m surprised there wasn’t more drama involved. Then again, using normal humans to tell the story lessened some of the impact of the cultural differences between the two groups. This couple drove the story, but because of this, it felt forced most of the time.

An overly wordy urban fantasy but not without its merits, I give The Green and the Gray 3.0 stars out of 5.