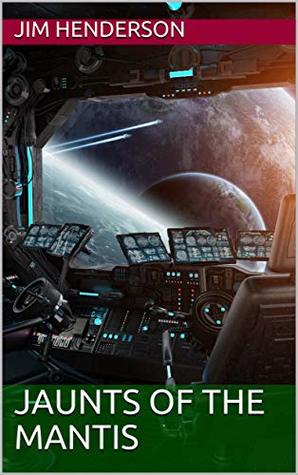 Ever since I discovered the Golden Age of the Solar Clipper series, I found that I enjoyed the “down to earth” (metaphorically speaking) stories of space travel. These books added some realism to the science fiction genre by covering some of the details involved with running a ship in outer space. From ship maintenance to inventory management, these stories tended to focus on the close-knit relationships of the crew and their adventures across the universe as they try to make a living. Modern-era equivalents would be stories with people on submarines or shipping barges, but the addition of space travel makes this sub-genre entertaining for me.

Another entry in this genre is Jaunts of the Mantis. Covering a handful of scenarios, the book gets into the adventure reasonably quickly with a minimum of the crew (maybe a few less than might actually be needed). These “jaunts” cover all the standard setups for this kind of book. While these sub-plots aren’t necessarily original, they do deliver the required beats for anyone familiar with stories of this genre. For a new author, Henderson still makes these cookie-cutter jaunts his own by his characters and world building.

Unfortunately, while Jaunts of the Mantis delivers on its premise, the execution still needs a fair amount of work. Proofreading errors and typos are too frequent to miss. Also, the odd way dialogue is written seems to be more in line with how a screenplay would present it than a novel (a liberal addition of the word “said” would likely fix this issue). And while the characters do have one or two defining traits, we never really get to learn much more about them or their history to make them seem like well-rounded individuals.

An admirable, if perhaps standard first novel that needs a little more polishing, I give Jaunts of the Mantis 3.0 stars out of 5.