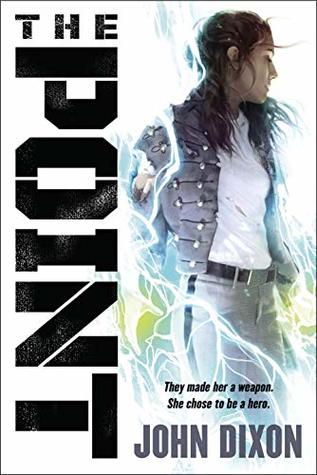 With the rise in popularity of the superhero genre, it was only a matter of time before it leaked into other genres. While some genres like steampunk (like in The Esper Files) make for an interesting twist, others like military YA sci-fi are so similar as to be just one other entry in the zeitgeist. The problem with this is that other, more famous handlings of supernatural superpowers bring much more to the table than books like The Point (which doesn’t necessarily add much to either genre on the whole).

As far as I could gather, there are only three or four different “types” of mutants in The Point: telekinetic, pyrokinesis, super strength, and “other” (like dream manipulation and energy storage, the latter of which was reasonably original). I suppose franchises like X-Men and One Piece, which give each of their unique characters unique superpowers and rarely (if ever) repeat themselves, is what ruined this book for me. This only added to the sense of the faceless military machine presented in this book, as few characters stood out to me at all.

Furthermore, I didn’t like the main character at all. Sure, most YA (and this is mature YA at that—an oxymoron, I know) start with a character who needs to undergo growth by the end of the story. However, I don’t need a main character that’s so fully flawed for so long that I end up hating her before she even learns anything. This, added with numerous questions I had that were never answered, plenty of redundant and boring sections, and the fact that I wholeheartedly agreed with the villain meant that I didn’t particularly like this book.

A book that’s likely trying to cash in on superhero and/or YA trends, I give The Point 2.0 stars out of 5.