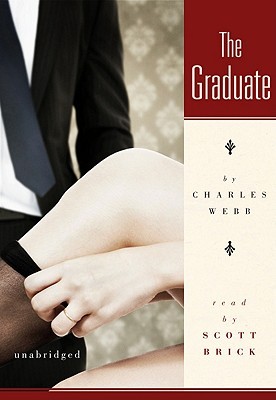 If I could condense this book down to a single phrase, it would be “What?” It’s not that I didn’t understand this book, it’s more that this single word/question was used for every third line of dialogue. Not only was this incredibly annoying to read—as every character seemed to have hearing problems that required the other speaker to repeat themselves—but it just seemed to pad out an already weak plot. I have no idea how this book became so famous that it led to a much superior film adaptation, but now I know that nobody should bother reading this book because of its inspiration for the movie.

Let’s talk about character motivations next. Nothing ever made any sense. Sure, there’s a bit of existential ennui involved with finishing something you excel in (school, in this case), but the actions of the main character only make sense up until a point. Once we hit the third act, there’s just a series of random actions that aren’t grounded in reality. This is also not to mention that the characters around him, especially the primary love interest, also make illogical decisions that aren’t founded in any sort of reality. At least this book is short enough that you’re not going to waste much time reading it.

Maybe I’m just missing the point of this book. Perhaps it’s an examination of the consequences and realizations that come from living a life that seems to have no meaning. I mean, I get the counter-play between the newly-disillusioned Benjamin and the almost permanently-disillusioned Mrs. Robinson; but when the entire thing is filled with awkward and nervous dialogue that constantly repeats itself, I can’t help but think that there isn’t anything significant there. Even the ending was so abrupt and unfulfilling that I had to thank the movie version for its subtleness in revealing the characters’ realization of what they’ve done.

A truly sub-par story that was made into an above average movie, I give The Graduate 2.0 stars out of 5.