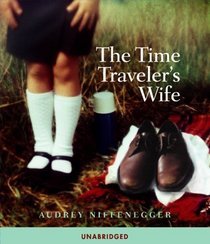 I find myself somewhat conflicted between two mediums whenever a book is made into a movie. On the one hand, I truly enjoyed The Time Traveler’s Wife (2009) when I first saw it. While the book the movie was based on has a lot more material, it became obvious that a lot of this material could easily be cut for the movie and very little would be lost in the narrative. Despite this material (which I’ll get to in a bit), the book is lavishly and poetically written and was a joy to read.

With a main character who can time travel, I’m having a tough time determining if the foreshadowing in this book was brilliant or just a bit too heavy-handed. I’m also not sure if I even like the main characters themselves since they’re essentially the definition of “white privilege” (with all the trust funds, alcoholism and casual drug use, and “academic” or “artistic” professions to boot). What stood out in this book, though, was the enormous amount of sex. I almost wondered if this was supposed to be erotica. While it was even shocking at times (I’m looking at you, ending), I can’t help but wonder if it’s considered cheating when a husband has sex with his wife at different times in their relationship.

All this being said, the strength of the writing helped to cover up some of its weaknesses. Sure, you could make the argument that this is a study in Stockholm syndrome, but you could also give it credit for creatively handling the science fiction theme of time travel in an interesting and unique new fashion. There are a lot of questions that inevitably pop up with the continuity of a time-traveling character, and I felt that the worldbuilding done to ground this concept was particularly exceptional. In the end, The Time Traveler’s Wife is a descriptive and heart-warming/wrenching tale that at least deserves one read-through.

A romantic book wrapped tightly in a single sci-fi element, I give The Time Traveler’s Wife 4.0 stars out of 5.