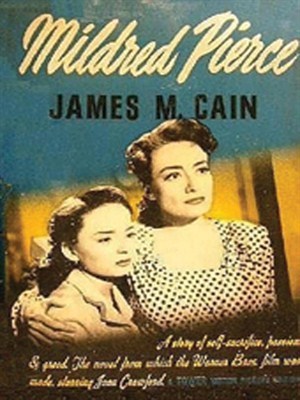 It’s almost uncanny how timeless the story of Mildred Pierce remains to this day. I could easily see a similar story set in 2009, immediately following the housing crash—instead of following the Great Depression. Of course, this also is an unsettling reminder that many societal structures haven’t changed much since the 1940’s. The patriarchal society that existed then still exists to an extent today, which is troubling because of the increased difficulty women have in trying to get ahead in life, especially after something like a divorce or bankruptcy. The fact that the titular character was able to overcome these limitations speaks to her talent as much as to her luck.

The most noticeable differences between the Hollywood version with Joan Crawford and the source material of this book mainly come down to the amount of suggestive/objectionable material within it. This is likely due to the book’s slightly more pulpy origins, combined with the Hays Code that was prevalent in Hollywood at the time. In fact, the plot almost seems modern, despite its 1940’s roots. The women in Mildred Pierce were certainly more in control of their destinies than we’d like to think, given the era in which they lived.

While the basic rags-to-riches story is inspiring and does lead to some interesting character growth, the constant conflict between the main character and her daughter or husband or lover is what really drives the plot along. The only difference between how Mildred acts at the beginning of the book and how she acts at the end comes down to the simple accumulation of life experience. If she had encountered the kinds of problems when she was barely scraping by, she wouldn’t have reacted in the same way as when she had built a restaurant empire on the one skill she had: hospitality.

A story about a strangely modern woman who overcame patriarchal limitations, I give Mildred Pierce 4.0 stars out of 5.