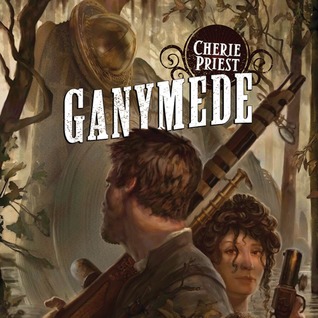 Now that I’ve read the first three books in the Clockwork Century series, any hope I had of some cohesive narrative is essentially gone. While following a new character for each book helps to provide a different setting of the steampunk alternate universe, when I know these characters won’t matter outside their own books, I kind of stop caring about them. Even previous heroines are relegated to cameo and minor character status as the persistent series of somewhat pointless events drags on. And don’t even get me started on the zombies, which are a distraction to any actual story in my opinion.

I think the main problem I have with these books is the fact that things happen without much lead-up or foreshadowing. Sure, there are some fascinating factors involved with making a submarine work in the Civil War era, but the resulting battle and conclusion went exactly as I expected them to. This isn’t foreshadowing as much as it is conforming to clichés. There doesn’t seem to be much at stake in any of the character arcs, which is made all the more prevalent by the relatively uninteresting characters themselves. Some have distinguishable quirks, but they all feel flat in a world that could be that much more interesting.

As for the “twist” near the end involving one of the characters, I feel it was poorly executed, let alone unnecessary. Considering the medical techniques at the time, even in an alternate universe, the individual in question probably didn’t have the necessary “assets” to convincingly pull this deception off. If anything, it was only hidden via clothing, but since there were no hints or foreshadowing about this surprisingly minor character, I had no way to even know if anything was off to begin with. I can believe that some of them might exist in that timeframe, but it just felt like a cheap add-in for the sake of “inclusion.”

Another steampunk book in a series that isn’t going anywhere, I give Ganymede 2.5 stars out of 5.