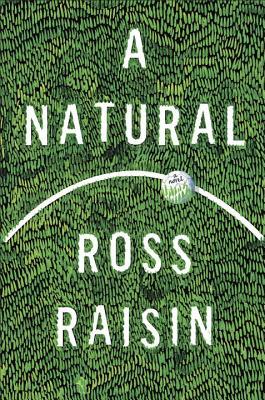 This book was, without a doubt, the gayest book I’ve ever read. Usually, I don’t read books with LGBTQ+ themes, but the cover and title led me to believe it was about soccer (or, in this case, football). I am not against books with these themes, per se, as long as the characters are likable and relatable. It’s just I would hope that Random House isn’t merely publishing books with these themes to get “automatic” sales from people who want to support the LGBTQ+ movement. Unfortunately, based on the weakness of the story in A Natural, I suspect this was the only reason a large publisher released it.

For a book I thought was about football, actual instances of the sport being played collectively comprises perhaps 1% of the entire book. That’s roughly 3.86 pages of football in a book about football players. If you’re looking for tension and action on the pitch, you’d be better off reading something like The Rook Crew instead of this. So, instead of football, what does this book have in it? In a nutshell: sexual assault, rape, and homophobia. I would have hoped that a story about coming to terms with a young man’s sexuality would have been more inspiring, but the undertone of the narrative certainly feels against the idea.

Like I mentioned above, I could let most of this slide if the characters were interesting. Instead, we’re left with a loner football player who gets in a relationship with someone involved with the team. I don’t know why the main character decided to do this, as the characters are all pretty flat. On top of this, we have to follow a side-plot of a failed marriage included only for a minor (and predictable) plot point near the end. I was actually more taken aback by the sexual abuse that was allowed/permitted as part of the team’s “hazing” than the gay sex scenes that lacked any description at all. By the end, nothing was resolved, and I felt unfulfilled. I honestly failed to see the point of this book, other than a cash grab.

A boring book with boring characters playing a boring sport, I give A Natural 1.5 stars out of 5.