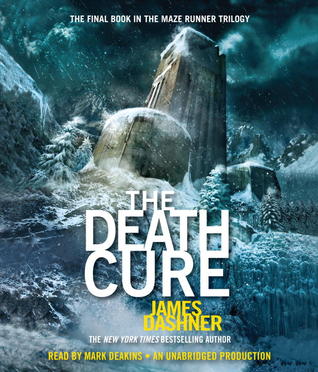 If ever there was proof that not every book should have a trilogy, it’s The Death Cure. Sure, The Maze Runner was an interesting concept, but it brought up a lot of questions. None of these questions were answered by the end of the series since most of the focus was on random action sequences rarely driven by the main characters’ actions. If action wasn’t the focus, then the loose and unbelievable “love triangle” certainly was. In the end, I had no connection to the characters, which was why I was mostly unaffected by some of their deaths.

The real problem with The Death Cure (as well as its predecessor, The Scorch Trials), is how much “fluff” is in the story. The Maze Runner worked because there was a concrete objective: escape the maze. In the two books that followed, what was the goal? Was it to defeat WICKED? If it was, then the characters didn’t seem too committed to it, since they kept having to deal with obstacles that randomly put themselves in their path. Consequently, the second and third parts of this trilogy could have probably been cut down into one book and saved the reader some time.

Unlike most trilogies, which provide at least some semblance of closure, The Death Cure leaves all its questions unanswered and merely tries to tack on an ending as a Band-Aid. This hand-waving approach was unsatisfying because we still don’t know why running immune subjects through a deadly maze would lead to a cure. We don’t know what the greavers (or any of the other “faceless enemies”) are, or what their purpose was. We don’t know why Teresa was so illogical and vague. Its series like this (which are only popular due to the “Young Adult” craze) that confirm my bias against this “cash-grab” genre.

An unsatisfying end to a trilogy that should have been one book, I give The Death Cure 1.5 stars out of 5.