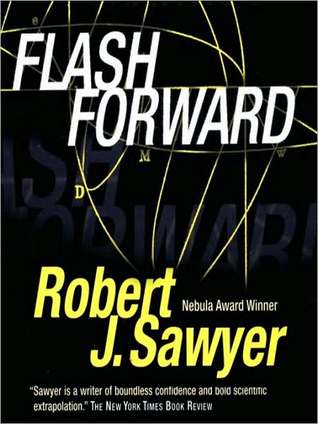 As time marches on, predictions of the future made in the past are tested against reality. In 1984, we didn’t have George Orwell’s dystopian government. In 2001, we didn’t have Arthur C. Clarke’s interplanetary travel. Sure, these authors did have a few interesting ideas that did come true, eventually. Still, they were writing well before the events in their books would come to pass. Robert J. Sawyer’s Flashforward did not have that luxury. Written in 1999, Sawyer only imagines a future set a decade in the future. For those keeping track at home, Flashforward takes place in 2009, with a vision of a future 21 years ahead of that. Since 2009 has come and gone, there were a few things Sawyer got right, but many he could not have predicted.

The crux of this story is similar to that explored by Machine of Death: everyone in the world gets a glimpse of their future in 2030, thus causing everyone to react based on what they saw. Some were encouraged by what they saw, others despondent and suicidal. The people who had negative visions hoped the future could change, especially if their lives were on the line. Many of the “effects” of the look into the future were logical conclusions, which added an amount of interest to the story but with a cheap cop-out to keep from killing off all the characters. With all the different characters and POVs, it was somewhat difficult to follow along each time the focus changed, since there was nothing to indicate a change of view.

I also appreciated the conversation this book had in regards to science and the many existing theories about the future. While this exploration of science also included the discovery of the Higgs Boson (which didn’t happen until 2012), I was continually distracted by the narrator’s pronunciation of “CERN,” which sounded more like “sairn” instead of how I thought it was pronounced (“sirn”). I did appreciate the narrator’s ability to mimic multiple accents, but that one pronunciation threw me.

A recent book about the “future” that gets a few things correct, I give Flashforward 3.5 stars out of 5.