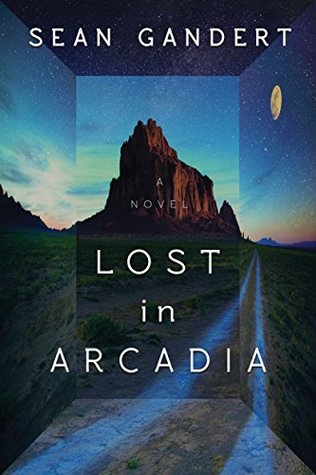 When I first started reading Lost in Arcadia (the “A Novel” tag is unnecessary), I learned “Arcadia” was a computer program / operating system and expected the plot to be somewhat akin to Tron (1982), The Matrix (1999), or Ready Player One. Instead, this program barely features in the book, and the plot only briefly examines what an internet addiction can look like. Of the five-ish main characters, only three of them even interact with Arcadia, which I find hard to believe is a successful game from Electronic Arts, considering the plethora of bugs they usually have in their products.

As a character-driven narrative, there are just too many to justify spending time with each of them. If the plot focused on the three Arcadia-linked characters, then they might have been developed and interesting. Of course, that’s if you even get that far into the book. All the characters are profane and irritating, not to mention uninteresting and practically interchangeable in the first half of the book. So often I had trouble remembering who each one of them was, what their relations were to the other characters, and why I should care. What’s worse, none of them grow, let alone change, by the end of the book, making the whole novel mostly pointless.

Despite having a plot that started way too late and ended way too soon, I couldn’t figure out what it was trying to accomplish. If it was supposed to be satire, it wasn’t nearly funny or tongue-in-cheek enough to come across that way. If it was a scathing critique of consumerism and capitalist sensibilities, it was too heavy-handed and blunt. Seems to me, with many characters who weren’t important, and a variety of different POVs and narrative styles, that the author was merely dumping everything he wanted to say into a single book and only did a minimal amount of integration to make everything fit together.

A book that lacked focus and was difficult to get into, I give Lost in Arcadia 2.0 stars out of 5.