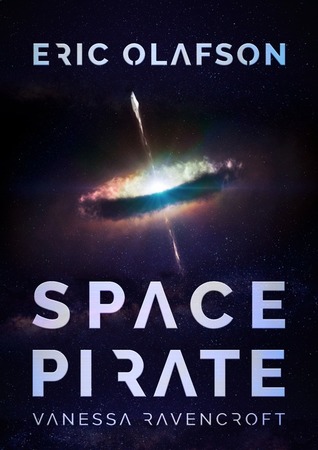 Eric Olafson, Space Pirate
Year: 2017
Author: Vanessa Ravencroft
***THIS BOOK WAS RECEIVED FROM THE PUBLISHER***
I’ll admit that I’m sometimes a glutton for punishment, but even I have my limits. About a quarter of the way through this book, I had to give up. I couldn’t suffer through reading it anymore. There were a number of factors for this decision. First, this was apparently a book in the midst of a larger series and it was even an entry of its own, sub-series. I had not read any books from either series, so I was quite lost when it came to the characters and other pieces of information that might be considered “common knowledge” by this point in their respective series.

Secondly, I could not stand the constant stream of proofreading errors. Every time they came up, I was immediately pulled out of the story. What strikes me as odd in this second aspect is the publisher of this work: Inkitt. On their website, they tout that they only publish the best works determined by popular demand and some computer algorithm. Once the stories are vetted, they are given a cover by a talented artist and a review by an editor. I was directly approached by the Publishing Manager of Inkitt to review this story, along with two others (Esper Files, and Esper Files 2: Sky Cult). What really struck me with all three of these books is that they REALLY needed an editor. Clearly, this is a service that Inkitt does not provide.

While the concept behind Inkitt is intriguing to me as an aspiring author, I don’t know if I want to be associated with these works that haven’t really been given a good vetting by an editor. Perhaps an editor would have noticed that this story was often repetitive in its information and that it lacked a clear goal (I hadn’t figured out what the eponymous main character was trying to do in a whole 1/4 of the book). Maybe I was only given advanced reader copies of these stories and their numerous errata were fixed before publishing, but having read at least one of these stories in paperback form, I doubt it.

An unpolished work that was probably rushed out the door by the publisher, I cannot give Eric Olafson, Space Pirate a rating.