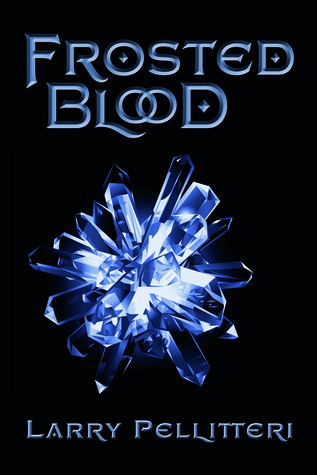 Three things really grabbed me with this book right from the start. First, the cover was pretty interesting, and it went well with the second item: the title. Finally, the premise given on the back of the book made me think this would be an entertaining read. Unfortunately, while these things would normally deliver, this time they did not. Despite having a few interesting concepts and ideas interspersed throughout, the execution of the plot of this book was somewhat . . . lacking.

What really bothered me about this book was the plethora of plot holes present. While the story moves at a pretty good pace, often I feel it is done as a “stream of consciousness” writing style that just sweeps the inconsistencies underneath the rug and just keeps going. There were also quite a few points where, since I knew what it would take to do something, I found that these pretty substantial tasks were made to seem quite inconsequential. Too often, I found myself thinking, “Wait a minute,” and “Why?” which was also paralleled in the characters’ reactions. When you write characters that are constantly questioning why things are happening, then your readers will likely demand those answers as well. These answers take way too long to get there and by that point, I had really lost interest in the story.

Of course, when the characters are written as mere archetypes, I found it difficult to really engage with any of them. The security guards were only there to get shot, the antagonists were only there to beat the dead horse (even literally at one point) of proving that the big company was evil, and nobody acted logically or sensibly at any time. This plot seemed very forced and all of the interesting revelations should have been distributed throughout instead of being clumped at the end as a last-ditch effort to save a story that felt like it was written by the seat of the pants. I won’t even get into some of the cringe-worthy errata like referencing the “Sixteen Chapel” at this point. After all, the amount of eroticism in a book that I thought was geared toward young adults was cringe-worthy enough.

An interesting premise that still needs a lot of work with an editor, I give Frosted Blood 2.0 stars out of 5.