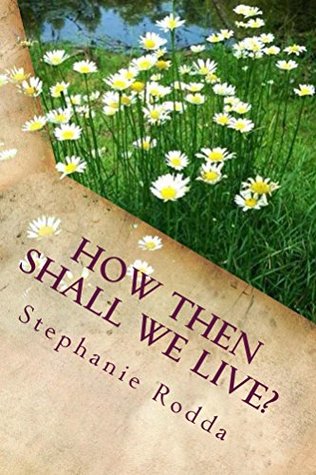 The book with a question that’s practically answered from page one is as close as one could ever come to an “apocalyptic utopia” story. As a Christian, I understand the power of what God can do, but I also understand that some things come with His timing. In this book, each time a challenge arises, God seems to step in immediately and solve it, which really detracts from any thematic tension that could be present. Nothing really ever gets to the point where there’s an unbearable hardship because then it would seem like God isn’t instantly answering the characters’ prayers.

Then there’s the characters. While I understand from reading the “study questions” at the end that these are based somewhat on real people, I found the characters in this book to be flat, cookie-cutter versions of ideal Christians. They didn’t feel human to me at all. I’d expect people in their situation to be more frustrated and hopeless than they actually were. A single moment of the mother’s wavering faith should have happened more often, especially if her prayers weren’t answered on the spot (as I mentioned before). Maybe it’s just the lifestyle of rural people I don’t connect with, because the homeschooled family of seven adopted children seems to be what’s preached as the “ideal Christian life” sometimes. Of course, I can’t say that I really agree with The Message translation of the Bible either (as it’s used a few times throughout).

After having read this book, I can honestly say that it probably isn’t going to convert anyone to Christianity. In fact, as a Christian, I found it to be a bit too preachy, even if it’s preaching to the choir. I would hate for someone to turn to it, looking for advice on how to get through their own struggles, only to find that the world really doesn’t work as perfectly as it does in this story. Along with all my previous qualms, the inconsistent formatting really took me out of the story a bit too often as well (indented vs. not indented and extra line vs. not extra line all smashed together in a single book).

An idyllic view of a generic and non-descript apocalypse, I give How Then Shall We Live? 1.5 stars out of 5.